The ECDSA signatures used in Bitcoin consist of the encoded r and S-values and a Signature Hash. The r and S-values make up the largest parts of the signature. Both are 256 bit big-endian, signed integers normally taking up 32 bytes. The highest bit of the value indicates its signed-ness in the DER encoding (0 is positive and 1 is negative). However, ECDSA requires the values to be unsigned integers. Thus the r and S-values are padded with an extra 0x00 byte if the highest bit indicates a negative value (highest bit is 1). 64 byte for the r and S-values, a DER encoding overhead of 6 bytes and one byte for the Signature Hash results in a signature length of 71 bytes. If either the r or the S-value has the highest bit set then it needs extra padding of 1 byte which results in a 72-byte-signature. If the highest bits of both values are set, then both need padding of one byte each resulting in a 73-byte-signature.

Evolution of the signature length

The percentage of 73-byte-signatures began to shrink with the release of Bitcoin Core v0.9.0 in March of 2014. This release included a malleability breaker in Bitcoin Core wallet. The wallet would only generate so-called low-s signatures that don’t need padding of the S-value. This results in 72-byte or 71-byte-signatures. Other wallets started producing signatures with only low-s-values as transaction malleability became more and more of a problem.

The Bitcoin Core v0.17.0 in October 2018 included an improvement to the wallet code that would only produce low-r signatures that don’t require a padding byte. This has been picked up by other wallets, such as the Electrum Bitcoin Wallet, in late 2019. 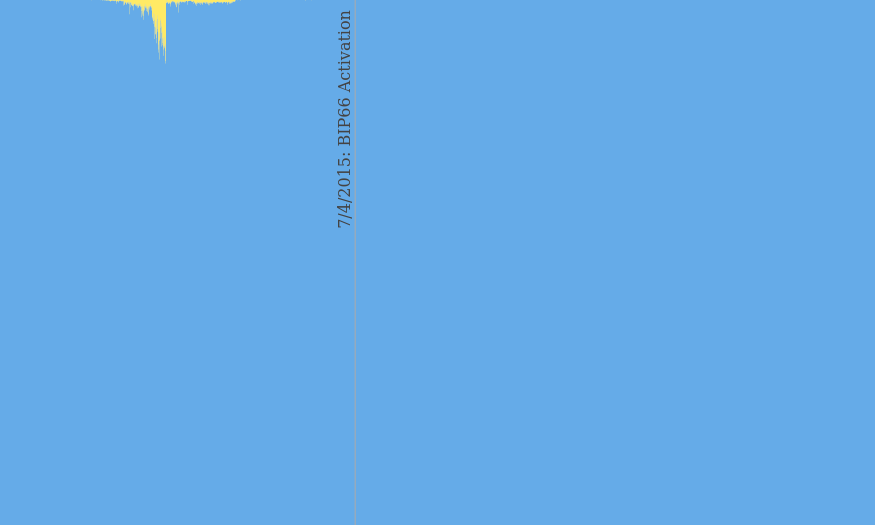 Shows the distribution of DER-encoded ECDSA signatures per day. 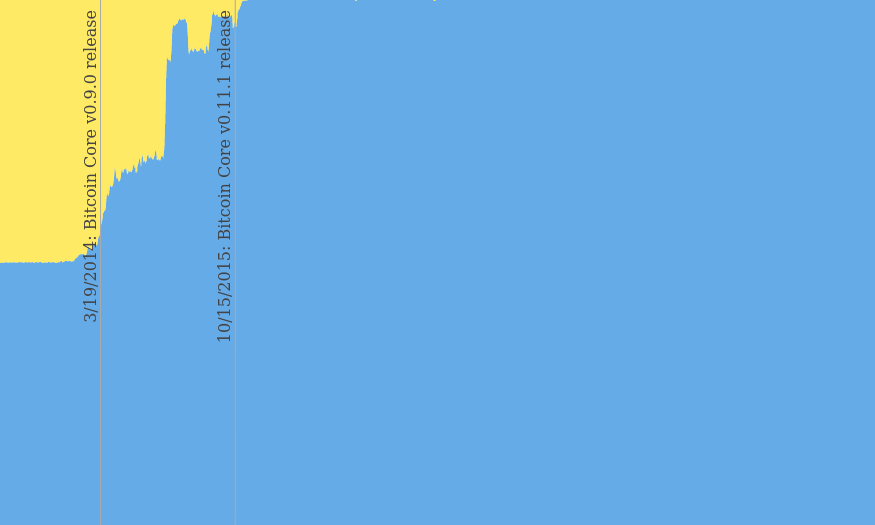 Shows the distribution of low and high S-values in ECDSA signatures per day. 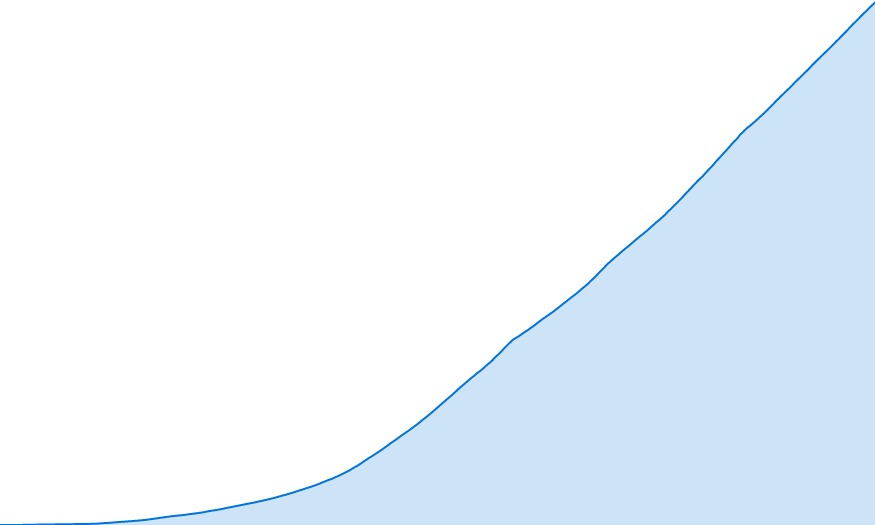 Shows the distribution of low and high r and S-values in ECDSA signatures per day.